Judges 15:11-19;  Then three thousand men of Judah went to the top of the rock Etam, and said to Samson, Knowest thou not that the Philistines are rulers over us? what is this that thou hast done unto us? And He said unto them, As they did unto me, so have I done unto them. 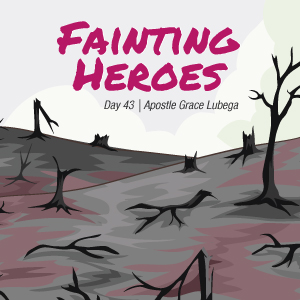 And they said unto him, We are come down to bind thee, that we may deliver thee into the hand of the Philistines. And Samson said unto them, Swear unto me, that ye will not fall upon me yourselves.

And they spake unto him, saying, No; but we will bind thee fast, and deliver thee into their hand: but surely we will not kill thee. And they bound him with two new cords, and brought him up from the rock.

And when He came unto Lehi, the Philistines shouted against him: and the Spirit of the LORD came mightily upon him, and the cords that were upon his arms became as flax that was burnt with fire, and his bands loosed from off his hands.

And Samson said, With the jawbone of an ass, heaps upon heaps, with the jaw of an ass have I slain a thousand men. And it came to pass, when He had made an end of speaking, that He cast away the jawbone out of his hand, and called that place Ramathlehi.

And He was sore athirst, and called on the LORD, and said, Thou hast given this great deliverance into the hand of thy servant: and now shall I die for thirst, and fall into the hand of the uncircumcised? But God clave an hollow place that was in the jaw, and there came water thereout; and when He had drunk, his spirit came again, and He revived: wherefore He called the name thereof Enhakkore, which is in Lehi unto this day.

Samson's mind was that 'having given me victory Lord, Shall you now leave me to die of thirst?' The language of the 19th verse should have been 'and God clave an hollow place in the jaw.' Instead it is 'but God clave an hollow place in the jaw.' Samson said something but God did another thing. Even though the Lord brought water, there was an error in verse 18 but the Lord did not show him anger. This was God being  disappointed in how Samson prayed but the Lord gave him water anyway. It means that the prayer Samson made was a wrong prayer.

The Lord was not satisfied with how Samson prayed but God gave him an answer. I realised that there are many Christians who pray the wrong way but still get answers.They do not get the 'and the Lord answer' but get the 'but the Lord answer'. There is a difference.

Every time you see 'but' in the scriptures, there is a change of course and a change of mind. Even.though Samson received an answer, the mind of the spirit was not in agreement with the way he prayed. Sometimes the grace of God can distribute in our ignorance because in the days of ignorance the Lord winked. But now, he calls upon you to change your mind and your thinking because that is the essence of the word. That you might be renewed by the changing of your mind;that you might know that good and perfect will of God concerning your life. All things are permissible but not all things are precious. When you learn to separate the precious from the vile then shall you be a mouth piece for the Lord.

Even though things seem like they are true to you, they might not be true by the spirit. Even though some peope get answered prayer, they get it with a 'but' to it. You need to shift from the but experience to the and experience because in the but experience  even though God will answer your prayer Samson, he will have issues with you. God is too gracious that he will answer a man who is ignorant in prayer. That man will think that it is the right way to pray because he got an answer. However, when that man grows in God, he will realise that it was a but when it should have been an and.

One day such a man will pray such a prayer when he needs an answer and he will not get an answer. He will ask 'How come the other day I prayed exactly this way and it worked but today it has not worked?' It is because you are submitting your God to the mind of patterns yet your God was interested in a relationship.

God is not one dimensional. Some body one day sprinkled salt around their house  and the demons left. Now whenever there are demons, they use salt. It became tradition. Another used anointing oil one day on a demon possessed man and it worked. Now they move with anointing oil bottles. It is not bad. But how about the fact that now you carry the anointing of God? Even when you do not have the oil, you are enough.The Bible says we have this annointing;this unction from on high.

Someone gets tugged to the fact that since they prayed a certain way the last time, then they ought to pray that way again. God looks at them and thinks: they do not know the difference between the last prayer they made and my grace and mercy to bail them out of their ignorance and still answer their prayer because I am Jehovah God. He is not pleased but he has to answer because he has to live up to his word like he promised.

When Many Christians read the portion of scripture about Samson, many of them read 'and' instead of 'but' and as such, they take very indifferent requests to God, such as 'now that you have given me victory, Shall you leave me to die of thirst?'They even make it a testimony. They put an 'and' yet with the spirit it had stayed a 'but'.

To God, the imagination that he can give you victory but not give you Grace to enjoy it is quite funny.He will give you the water anyway because he realizes that you are still young.  Samson should have said,' Thank you for the victory and thank you for the water.' We do not see to believe. We believe to see. Samson was questioning God to see. God was looking at a Kiddish man pray. Samson was a big strong baby.

When you thirst on the way, you cannot accuse God of being capable of abandoning you. There must be provision. If he gives you a car, don't ask where the fuel will come from. We are not of them   that draw back. The stiffer issues become, the stiffer we become. The love of God ought to push you to certain extremities. Love must push you to the extreme.

Nothing shall separate us from this love. He loves you. It is alright. It does not matter what you are going through. It is okay.  Remove 'buts' out of your relationship. It has to be an 'and' experience. It is what God is doing because of how you are living with him. When God says he has called you, anything you will need on your way is an 'and' response because he began it.