[Luke 16:8]; And his master commended the unjust manager [not for his misdeeds, but] because he had acted shrewdly [by preparing for his future unemployment]; for the sons of this age [the non-believers] are shrewder in relation to their own kind [that is, to the ways of the secular world] than are the sons of light [the believers]. 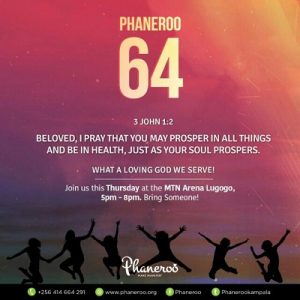 The men of this world are shrewder, wiser and more prudent than the sons of light.

Thus saith the Lord, which giveth the sun for a light by day, and the ordinances of the moon and of the stars for a light by night, which divideth the sea when the waves thereof roar; The Lord of hosts is his name.

In Genesis 1:14, it says; And God said, Let there be lights in the firmament of the heaven to divide the day from the night; and let them be for signs, and for seasons, and for days, and years. There are firmaments in the sky, created by Jehovah God for signs, seasons, days and years.

In Jeremiah 31:35, he spoke of the moon and the stars carrying particular ordinances. Ordinances are laws; a particular set of rules. When you see a star in the sky, it is not just a star, it carries a particular rule. When you see the moon, it is not just the moon, it carries a particular rule. God did not create lights in the sky just for glory only but he has another intention. When he creates them, he says that they are for signs, seasons, days and years. In other words, you can have signs by those lights in the heavens, you can interpret seasons, days and years by those things in the heavens.

However, the children of this world have become wiser than those of the light. You might know the difference between astronomy and astrology. The mind of astronomy is to study everything up there; the heavenly bodies. However, astrology is the science that the men of this world invented to attach what happens in the sky to the lives of individuals in what is usually called horoscopes. They can connect your date of birth with whatever is happening in the sky and then determine what is happening in your life. Some people who read horoscopes realize that many times, they were factual. They are using spiritual states of things but in an ungodly way.

There is a certain understanding that God wants us to have as children of God but he does not necessarily want us to read horoscopes. But these guys are using spiritual principles. Did you know that the composition of the zodiac has a division of 12 segments? The number twelve represents divine government. They are not random. That has a spiritual significance. They can read the sky and know that in this season something is about to happen.

Of Our Place of Warfare

Judges 5:19-20 reads; The kings came and fought, then fought the kings of Canaan in Taanach by the waters of Megiddo; they took no gain of money.They fought from heaven; the stars in their courses fought against Sisera.

When you read the book of judges you realize that sisera was killed in the spirit before he was killed physically. It means that there is a time frame between when a man is killed spiritually and when he is destroyed physically. Some people are already dead physically. The battle up there was finished and all that is awaited is a manifestation of what has been done.

The church should grow to understand that our battles cannot be only physical. You might find people that seem insane but the truth is that there is something happening up there.

You might put all kinds of security systems and have all kinds of dogs in your house but until you walk around your house and speak in tongues, you will not change a thing.

I realized that when things happen up there, Christians do not know. The other day, I saw a documentary of the tsunami. Two days before the tsunami, animals went up the hills and mountains, but Christians remained in the valleys speaking in tongues. If God has gotten to the level of warning animals but Christians cannot heed, I realized that there was something wrong with these stars. How sensitive are the stars? How represented are they in their generation?

You are not supposed to live a life of idly waiting upon God with the vain hope that maybe he will eventually deliver you. No, you are supposed to know your time. The bible says that teach us to number our days that we might apply our hearts unto your wisdom. There is a wisdom that must come to your hearts to know that now, you are behind schedule when it comes to marriage, financially, or as regards your job. You are supposed to feel it the day you get promoted; you should know it. The moment you look at your profession and calculate and see that you are behind schedule, you go up where the maths is done and then seek heavenly counsel. By the time you come back on the earth, you will be doing everything right to arrest your moment.

Your Time to Shine

While I was praying, I heard the voice of the Lord say, ‘I am about to make certain stars shine.’

As sure as day light, I started seeing some glowing stars becoming brighter and brighter. As they got brighter, I saw some people get married, some getting promoted, some getting businesses, some walking into certain things and some people leaving some things.

I asked God, ‘what are you telling us?’ He replied and said, ‘This is the season. The heavens and the angels are waging war for your sake.’

There is war and I see God fight on your behalf.  . You must shine as a star. I see God making you shine. He says the path of the just shines brighter and brighter unto a perfect day.

‘This year,’ thus says the Lord,’ something is changing about your marriage, your finances, your children, your business.’

If you have been having a prolonged life of disease, God says that he is causing you to shine above it, above poverty and above rejection.

IT IS TIME FOR YOU TO SHINE. I heard it very clearly.  This is a season to make men shine. Arise and shine. Let your light shine in the world.