Home → Phaneroo → The Spirit of Sonship

The Spirit of Sonship 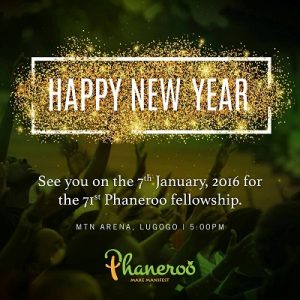 [Deuteronomy 32:8 MSG]; When the High God gave the nations their stake, gave them their place on Earth, He put each of the peoples within boundaries under the care of divine guardians.

The divine guardians are the sons of God. Look at the mind of God in this regard. He gets Uganda or Tanzania or whichever country and puts his child in charge of it. However, the Christian is still believing God for a plot of land in Mukono. So you ask, what if the children of God are too many for the nations? He will create more nations for the children. Someone else claims that it seems the current reality is that the Christians are too many to own nations. It is the way it is because the church lost a certain place.   Let me tell you the mind of the spirit; if a man says that he is going to pastor a million people, it is the responsibility of heaven to make people reproduce those people. It is not the responsibility of government. It doesn’t matter how many people are in that nation. God drew boundaries according to the number of the sons of God. Now if we read this, it means that there can be more nations than presently are on the face of the earth.

Christians are still believing God for plots of land. The man to whom God said ask me of nations? God was not joking. He did not mean Kampala. That is a city in a nation. He said ask, but the Christian is asking for land and a job. You might ask again, what if a hundred of us asked for a nation? That is God’s problem to fix. It is not yours. He said ask. The problem is not God; it is you. The Bible says that with God, all things are possible. It is possible for God to create that nation for you if he has to. He can increase the birth rate if he has to.

We used to read scriptures where the bible says that the gospel is foolishness but men never spoke foolish stuff. They spoke stuff that was predictable. Stuff like God will give you a husband. Even the heathen have husbands. That God is going to give you a job but even the heathen have jobs and food. We want you to start speaking stuff so that men say, there is something wrong with us. I refuse to be predictable. That is what you are; an unpredictable marriage; an unpredictable job; unpredictable money on your account; an unpredictable ministry. The gospel is foolishness. Men used to hear us and the things we said made sense and they never got Born Again yet they were listening to us. It is about time we started to do things that do not make sense.

God made the earth big enough for any man to create his dream. This earth is not small. That vacuum up there is empty. It is waiting for the manifestation of you and I.

Oh yes I have a great God but I am great too. You are claiming to be down to earth, nothing before God. When a man is not Born Again and says that he is nothing, he is right, but when a man is Born Again, he is something.

Of the Pendulum of Maturity

The bible says that the first man is of the earth earthy and the second man is the Lord from above. You might say that perhaps it meant the Lord Jesus, but what does Galatians 4:1 say? It says; Now I say, That the heir, as long as he is a child, differeth nothing from a servant, though he be lord of all.

He is Lord but because he is a babe, the bible says he is a child and differs nothing from a servant. This is the difference between a man who is grown in God and one who is not; that is the pendulum; it swings between nepios and teleios. Nepios is one who is untaught. That is the essence of the fivefold ministry. He gave some prophets, pastors, evangelists, apostles and teachers for the perfecting and growing of the saints into a perfect man[Ephesians 4:13].The word used therein for perfect man is teleios. The pastor, evangelist, apostle, prophet or teacher is perfecting, growing and maturing you unto a spiritually mature man.

Let us look at John 1:12-13 AMP. It says; But to as many as did receive and welcome Him, He gave the right [the authority, the privilege] to become children of God, that is, to those who believe in (adhere to, trust in, and rely on) His name— 13 who were born, not of blood [natural conception], nor of the will of the flesh [physical impulse], nor of the will of man [that of a natural father], but of God [that is, a divine and supernatural birth—they are born of God—spiritually transformed, renewed, sanctified].

The Greek word used in John 1:12 for children is teknon. The definition of teknon in its simplest sense is, a direct descendant by sperm; an offspring. Teknon means you are entirely the seed of God, so according to God, you are his child 100%. That is where Christians have a problem. I have only seen it in the Christian faith where children fear to share the father’s name. They are too humble.

Let us see another term in Romans 8:14. It says; For as many as are led by the Spirit of God, they are the sons of God.

The word used for sons here is huios. He says that for many as are led by the spirit, those are the ones who are huios. The translation there is that they are in a relationship. That means there is a place of becoming a child of God by reason of relationship.

You are by sperm teknon but you must cultivate a relationship with God to be huios as well. You are his child by sperm but are you his child by relationship? Do you relate with him like you relate with your father? Do you even understand what it means to have a relationship with him as your father? If that relationship is not built, you cannot claim to be led by the spirit, cannot cry Abba father and your intercession is frustrated. That is why many people cannot intercede. Their life of intercession is a myth. They are teknons without a huios experience trying to call on the father.